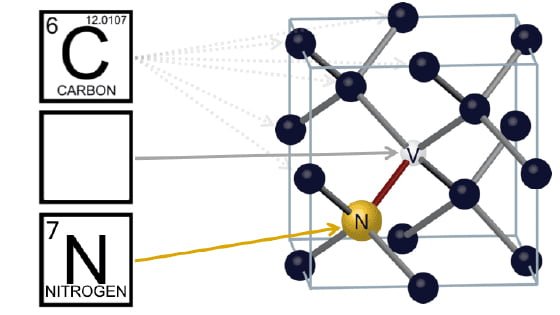 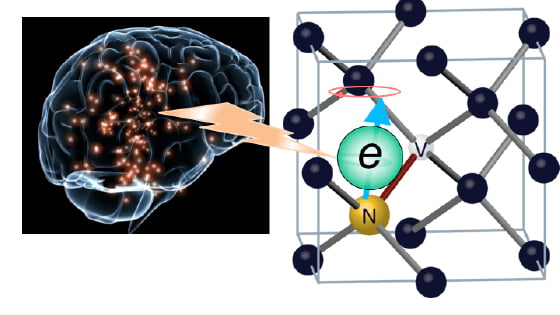 Diamonds can be transformed from “jewels” to “quantum sensors” with a slight structural change.

Diamond is made up of carbon atoms. The defect, where two adjacent carbons are replaced with nitrogen and vacancy, provides quantum platform of electron spins. The spin characteristics of the electron are affected by the magnetic field.

We research on “high-sensitivity quantum magnetic sensors” using diamonds by utilizing the quantum mechanical properties of electron spins.
The sensor with the quantum manipulation allows us to detect the magnetic field generated by the activity of neurons in the brain.

In our laboratory, we can produce synthetic diamonds.

Normally, natural diamond is a precious material because it takes a long time to form deep in the earth. However, in our laboratory, we can produce synthetic diamonds by the CVD (Chemical Vapor Deposition) method, in which methane gas is decomposed by microwaves and recombined on the substrate surface. 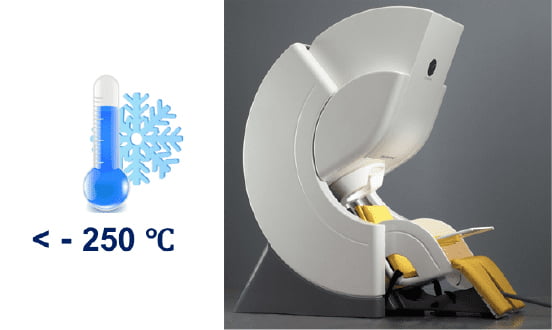 Dementia can be diagnosed using MEG (Magnetoencephalography). Currently, MEG generally is measured with an ultra-sensitive magnetic sensor called SQUID, but the device is very large as shown in the photo on the left and it requires extremely low temperatures to operate. The system is very expensive, over 300 million yen. 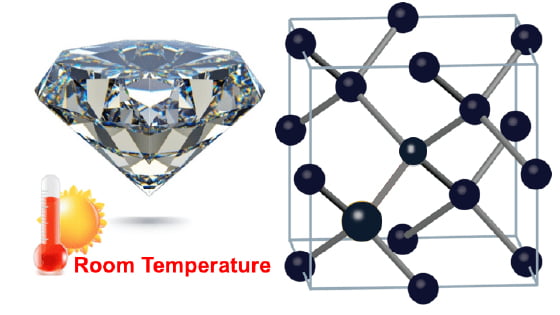 On the other hand, our “ultra-sensitive quantum magnetic sensor” does not require cryogenic temperature like “SQUID” and is sensitive even at room temperature.
This makes it possible to reduce the size and price of the equipment.

“Diamond sensors” have the potential for scalable applications in fields such as DNA, protein, cell, and heart / brain activity that were difficult to measure with conventional sensors.

It also has the potential to achieve a wide ranging spatial resolutions that can be applied not only to the nanoscale world but also to the microscale field. Since it covers a wider area than other sensors such as Hall elements, various applications can be expected.

Furthermore, it has the potential of “Internet of Nanothings” connecting much smaller things than IoT. 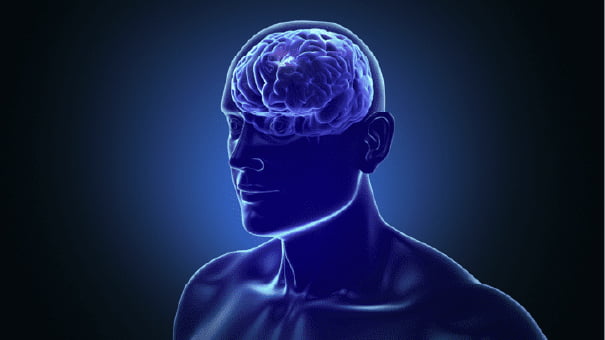 In the near future, diamond sensors will help unravel the large-scale activity of the brain. Real-time imaging is realized by large-scale data analysis combined with a supercomputer. 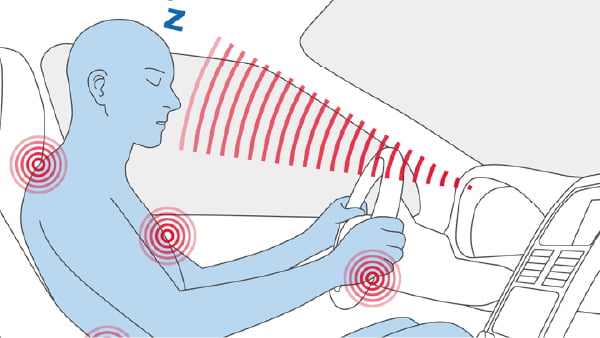 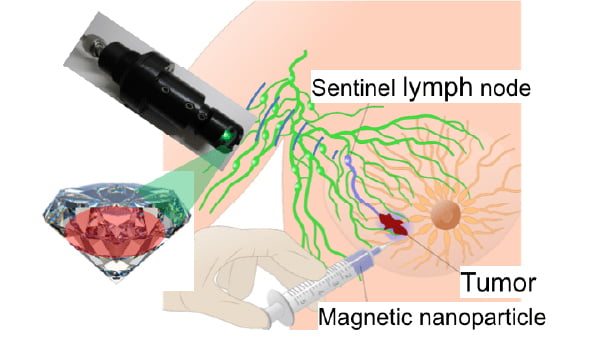 One of medical applications is the detection of breast cancer spreading to the lymph nodes. Breast cancer is currently diagnosed surgically. We are developing a non-invasive inspection method using a diamond sensor.

Diamond sensors are candidates for nanosensors in the “Internet of Nanothings” era. This sensor is portable, inexpensive, non-invasive, and can collect data at room temperature.

We are thinking about how this technology can contribute to society on the earth. 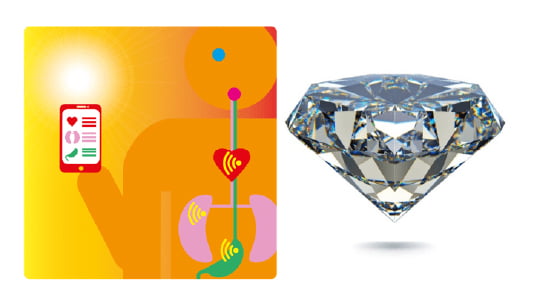